The unprecedentedly long delay in appointing the Intelligence and Security Committee (ISC) again exposes the extent to which the work of this parliamentary committee is constrained by the executive. Important ISC inquiries, as well as publication of the Committee’s ‘Russia report’, are being held up. 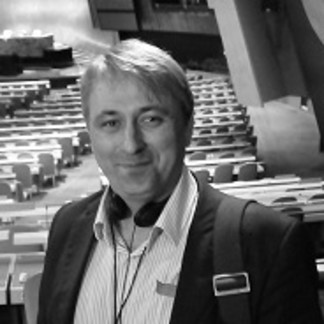 Reader in Politics, School of Social and Political Sciences, University of Lincoln

Dr Andrew Defty is Reader (Associate Professor) in Politics in the School of Social and Political Sciences, University of Lincoln. He has published numerous books and journal articles based on his research on Parliament, focusing on parliamentary attitudes to welfare and parliamentary oversight of intelligence and security agencies.

The appointment of the House of Commons Liaison Committee immediately before the start of the Whitsun recess on 20 May left the Intelligence and Security Committee (ISC) as the only parliamentary committee which this Parliament has still to appoint.

The ISC is a joint committee of both Houses responsible for scrutinising the UK intelligence community. Although the ISC is a parliamentary committee appointed by and reporting to Parliament, owing to the sensitive nature of its work it does not operate in the same way as other parliamentary committees, and the Prime Minister retains significant control over appointments to it and the publication of its reports.

An unpredecented delay without clear cause

Answering a written question in April from former ISC member Lord Foulkes, Cabinet Office Minister Lord True said that the Committee was “being formed in the normal way and as quickly as current circumstances allow.”

This is, however, barely tenable.

The long delay is especially striking given that similar – albeit shorter – delays in reconstituting the ISC after the 2015 and 2017 general elections already drew criticism. After the process took over five months in 2017, the ISC warned that:

“the effective and robust oversight of the intelligence community, entrusted to us, is too important to have been left in a vacuum for so many months.”

Moreover, it is not clear what particular aspect of the current circumstances have held up the appointment of the Committee this time:

Where is the ISC’s Russia report?

One consequence of the delay in appointing the ISC is that the Committee’s report on Russian interference in the UK remains unpublished.

Although the ISC is a parliamentary committee, due to the nature of its work its reports are submitted first to the Prime Minister and subject to a process designed to remove sensitive material, before being returned to the Committee for publication.

The ISC’s Russia inquiry was launched shortly after the 2017 general election and completed over a year ago. The time taken to review ISC reports has already been a source of tension between the Committee and the government in recent years, and the issue came to a head in November 2019 when the government refused to approve the release of the Russia report before the dissolution of Parliament. In a tetchy exchange on the House of Commons’ last sitting day before the general election, then-ISC Chair Dominic Grieve pressed the government to explain why. Mr Grieve revealed that the report had been completed in March, and the process of agreeing redactions with intelligence and security agencies on 17 October, when the report had been sent to the Prime Minister for final confirmation before publication. Although this was a little under three weeks before Parliament was dissolved, there was, Mr Grieve asserted, “a long-standing agreement” that Prime Ministerial approval would take no more than ten days. Mr Grieve said that the government’s failure to explain the delay to the committee was “unprecedented”.

The government disputed Mr Grieve’s claims about the process for reviewing reports, and argued that the time taken to clear the Russia report was “not unusual”. Responding to questions in both Houses, ministers argued that the content of the report required careful scrutiny and the process of reviewing it before publication could not be rushed.

Remarkably, however, that work was completed during the general election campaign and the Prime Minister cleared the Russia report for publication the day after the poll. However, with no ISC in place, there is no Committee to publish it.

It is worth noting that the Russia report was not published before the general election because the government did not complete its review process before Parliament was dissolved, while publication is delayed now by the government’s failure to provide Parliament with its nominees for the ISC’s membership.

The Russia report situation is a striking example of the extent to which the work of this parliamentary committee is constrained by the executive.

What is on the ISC’s agenda besides the Russia report?

When the two Houses finally approve the membership of the ISC, the Committee’s first task will be to appoint a chair. Following changes introduced in the 2013 Justice and Security Act, the ISC chairmanship is no longer in the gift of the Prime Minister. Instead, the Committee chooses its own chair from among its members.

Press reports in March suggesting that former Transport Secretary Chris Grayling was the Prime Minister’s preferred candidate to chair the committee caused some consternation, even among Conservative MPs. The outgoing holder of the position, Dominic Grieve, was widely respected as an independent chair who was prepared to explore the limits of the Committee’s powers and did not shy away from drawing attention to the government’s lack of cooperation with the Committee. Mr Grayling’s appointment to the Committee, with a view to him being chosen as chair, would suggest that the Prime Minister is keen to ensure a more compliant ISC. However, even if Parliament were to approve the Prime Minister’s nominees, it is by no means a foregone conclusion that his preferred candidate to chair the committee could rely on the support of the majority of its members.

Working methods in the Coronavirus crisis

The Covid-19 pandemic will inevitably have an impact on the ISC, which will need to devise a way to operate safely and securely under the current restrictions.

The ISC meets in secure Cabinet Office premises rather than on the parliamentary estate, but security concerns are likely to preclude the use of virtual meetings of the kind adopted by other parliamentary committees.

The ISC’s long-running China inquiry is likely to be particularly heavily impacted by recent events, and may well include a review of biosecurity.

The Committee may also wish to look at the role of the UK’s national security apparatus in responding to the current crisis, not least in light of reports that the 2 June meeting of the National Security Council (which brings together ministers and intelligence chiefs) was the first since January.

The ISC is also yet to complete inquiries into right-wing terrorism and Northern Ireland-related terrorism. The terrorist attacks in London in November 2019 and February 2020 are also likely to be on the Committee’s agenda, not least because the ISC commented on the effectiveness of deradicalisation programmes in prisons as part of its inquiry into the 2017 terrorist attacks in the UK.

It is to be hoped that the ISC is soon in a position to progress these inquiries. This is not the first occasion on which there have been delays in appointing the Committee or clearing its reports for publication, but the government’s insistence that recent examples of bad practice are the norm suggests a worrying disregard for democratic oversight of intelligence in the UK.

Robust and continuous oversight of intelligence is a necessary feature of democracy, and is also vital to the preservation of national security.