For its ‘fake news’ inquiry the House of Commons DCMS Committee has reportedly acquired papers related to a US court case involving Facebook. Andrew Kennon, former Commons Clerk of Committees, says the incident shows how the House’s powers to obtain evidence do work, but that it might also weaken the case for Parliament’s necessary powers in the long term. 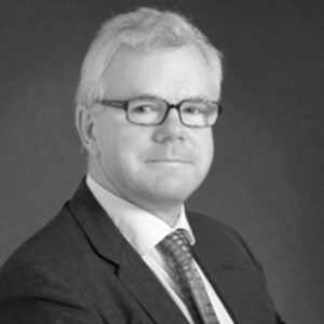 Andrew Kennon was Clerk of Committees in the House of Commons from 2011 to 2016. He is an honorary professor at Kings College London and a Trustee of the Constitution Society.

The first sentence of any piece about parliamentary privilege is bound to set the scene by containing such words as ‘arcane’, ‘obscure’, ‘ancient’, etc.

An alternative approach in any real case is to ask: how will this work out in practice? That is what I always did when advising MPs and select committees.

The House of Commons Digital, Culture, Media and Sport Committee (DCMS Committee) appears to have acquired some documents relevant to a court case in the USA between Facebook and Six4Three.

The Committee may decide to publish these documents. If the Committee publishes them as evidence for a current inquiry, there is nothing which can be done in the UK courts about it. The courts will not question proceedings in Parliament. The issue could be raised in an English court, with one party arguing that the publication was prejudicial to their case. But it is inconceivable that the court would entertain such a claim.

This is just as well. The one question no parliamentarian would want to answer in court is: ‘Was it really essential for your inquiry that you were given this piece of evidence?’

What do parliamentary committees treat as evidence?

Strictly speaking, evidence to a select committee covers written evidence produced specifically for the committee, not material which has already been produced for other audiences. It also includes oral evidence heard by the committee, but not remarks made elsewhere.

While committees often do take into account other material already published, they would not normally republish it themselves under the cover of parliamentary privilege. An exception would be when such material is relied on heavily in the committee’s report.

A committee would not normally refer to or publish any material relating to a current court case in the UK. This is because the House has a self-denying ordinance not to refer to matters awaiting adjudication in the courts. This sub judice rule is an important way of preventing the legislature and the courts treading on each other’s toes during a live case. If the Facebook v Six4Three case was live in the English courts, the DCMS Committee would have been prevented by the sub judice rule from seeking the court papers for the case.

When can the courts consider parliamentary activity?

The DCMS Committee’s action would only be vulnerable to a legal challenge if a party could argue that the publication was not a proceeding in Parliament - if, for instance, there was no mention in the formal minutes of the Committee that the publication was agreed by the full Committee at a formal meeting. The formal minutes should also record that the documents were reported to the House as evidence for the Committee’s inquiry into ‘fake news’. The chances are that the DCMS Committee - properly advised by its clerks - will have fulfilled the requirements, and the courts are very reluctant to go into the internal workings of Parliament.

The extent of parliamentary privilege was considered by the courts in R v Chaytor, decided by the Supreme Court in 2010. Three former MPs were unsuccessful in arguing that they should not be prosecuted for fraud in their expense claims on the grounds that their claims were proceedings in Parliament.

The issue of freedom of speech in Parliament - the real basis for maintaining privilege - was also considered by the European Court of Human Rights (ECtHR) in Strasbourg in A v UK in 2002. While the Court upheld the freedom of speech, it issued a mild caution about the adequacy of parliamentary processes for providing a right of reply. That ECtHR jurisdiction will not change on when the UK leaves the EU on 29 March 2019.

It appears that the DCMS Committee followed the standard procedure (‘sending for persons, papers and records’) in acquiring these documents from Six4Three and Mr Kramer. This involves a series of informal exchanges - when almost all witnesses comply - escalating to formal orders and then a special report to the House notifying it of non-compliance and therefore potential contempt.

However much the prospect of fining and imprisoning recalcitrant witnesses appeals to MPs, the reality is that those powers fell into disuse many years ago - 1666 for a fine, and 1880 for imprisonment.

Under modern human rights principles, such powers could only be revived by legislation and with proper safeguards in the process. Successive Clerks of the House of Commons have long advised Members that this is the case. It is therefore inconceivable that any parliamentary official would have been authorised to threaten Mr Kramer with a fine or imprisonment. Nor would any such official have the power to compel him to come to the House.

The current outstanding case is the refusal of Dominic Cummings, the director of the Vote Leave campaign, to give oral evidence to the DCMS Committee. This awaits an inquiry by the Privileges Committee. It is difficult to see how Mr Cummings could be punished beyond being ‘admonished’ by the House.

Back in the USA

It is unwise to predict how the courts in California would handle these matters. They could not act against a committee of the UK House of Commons for acquiring or publishing the relevant documents. It remains to be seen what view they would take of one party to a current case stating that he was obliged by UK parliamentary powers to hand over the documents to the committee. It may be interesting to observe how a US citizen shows that he was acting under compulsion from the committee. Certainly, before a US Congressional committee, he would have been subject to criminal penalties - as well as entitled to legitimate defences - for refusing to supply evidence.

Recent tests of House of Commons committee powers have involved other US citizens:

At one level, the current DCMS case should be celebrated as an example of the way in which the House of Commons’ powers to obtain evidence do work in practice.

At another level, however, there is reason for concern. Controversy has arisen recently over the decision by Lord Hain to name (in the House of Lords) Sir Philip Green as the subject of an interim injunction in live proceedings in the English courts - an apparent breach of the sub judice rule and a questionable use of freedom of speech in Parliament.

For my part, I doubt whether this current DCMS incident will work out badly in the short term. However, I fear that it may weaken the case for Parliament’s necessary powers in the long term. It does not feel like a good precedent.