A forthcoming judicial review on children-in-care highlights parliamentarians’ inability to challenge only certain aspects, rather than the whole, of a Statutory Instrument. Courts can and do provide an important backstop against unlawful use of delegated powers, but this does not diminish the need for better parliamentary oversight of delegated legislation. 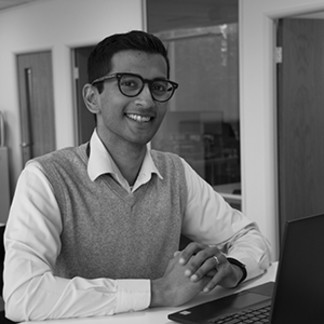 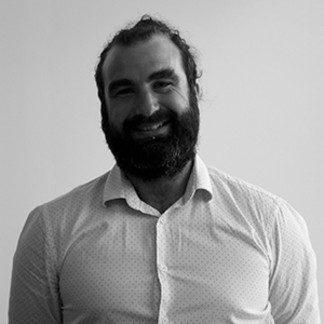 Tom joined the Hansard Society in July 2021 and is focussed on its programme of work on how Parliament legislates, in particular being responsible for the co-ordination of its Delegated Legislation Review. Tom conducts research for the Society on legislative processes and procedures and supports its collaboration and partnership with other stakeholders and networks active in the field.

Previously, Tom was employed at the UN in the secretariat of the Aarhus Convention Compliance Committee, an international law body tasked with assessing States’ compliance with their obligations relating to transparency, participation and justice in environmental decision-making. He has also given evidence to Parliamentary Committees and has engaged with the design and passage of new legislation through his role at environmental law NGO ClientEarth, where he led their work in response to Brexit. During that time he was a member of BIICL’s Expert Working Group on the EU (Withdrawal) Bill and the Rule of Law.

On 8-9 February 2022 the High Court will hear a case brought by Article 39 – a children’s rights charity – against the Department for Education over the Care Planning, Placement and Case Review (England) (Amendment) Regulations 2021 (SI 2021/No. 161) (‘Care Placement SI’). This Statutory Instrument (SI) was made (signed) by the Minister on 18 February 2021 and laid before Parliament the following day, and has been in force since 9 September.

The Care Placement SI prohibits the placement of children in care who are under the age of 16 in independent and semi-independent settings, which are not required to register with Ofsted. They must instead be placed in Ofsted-regulated children’s homes or foster care. However, the SI does not apply to children in care aged 16 and 17.

Why is the Care Placement Statutory Instrument contentious?

In 2020, before making and laying the Care Placement SI, the government ran a four-month public consultation. More than 80% of respondents, including local authorities, supported the government’s proposed ban on the use of unregistered settings. However, in addition, some stakeholders called for the ban to be extended from under-16s to all children in care.

Stakeholders who supported the extension of the ban included the Children’s Commissioner for England. In a report published in September 2020, after the end of the public consultation, she said that the “policy does not go far enough. It is true that some 16 and 17 year olds may be ready to begin to make steps towards independence. However, as our research suggests, our assumption should be that most are not… Furthermore, even the very few 16 and 17 year olds who feel that they are ready to start becoming more independent are likely to need a level of assistance that meets the threshold for care, rather than support”.

Nonetheless, in the Care Placement SI, the government persevered with its original policy – although, in the SI’s Explanatory Memorandum, the government did acknowledge the concerns levelled at it, by stating that it is “committed to introducing national standards for unregulated settings that will ensure older children who are ready to live with the level of independence that these settings are able to afford, have access to safe and secure provision that meets their needs.”

How did Parliament scrutinise the Care Placement Statutory Instrument?

The Care Placement Statutory Instrument is a ‘made negative’ SI – that is, it did not require parliamentary approval to become or remain law, and is not automatically subject to debate.

On 2 March 2021, the House of Lords Secondary Legislation Scrutiny Committee (SLSC) drew the SI to the special attention of the House. The SLSC urged the House to seek assurance from the government that any legislation needed to introduce the additional protections for older children would be introduced at the earliest opportunity. A ‘non-fatal’ ‘take note’ motion about the SI was tabled in the House of Lords and debated on the Floor of the House, three weeks after the SLSC report.

In the House of Commons, a motion to revoke the SI was tabled by the Leader of the Opposition on 27 May 2021, but the government only found time for a debate on the Instrument nearly two months later, on 20 July 2021, in a Delegated Legislation Committee (DLC).

The Opposition did not oppose the SI in principle, but believed that the ban on the use of unregistered settings should be extended to 16- and 17-year-olds. During the debate, Peter Kyle MP, then-Shadow Minister for Education (Schools), noted that it was “one of those moments when the Opposition are put in a tricky position” because neither option available to them – rejecting or accepting the SI wholesale – represented their views on the matter. The Opposition used the debate to seek further explanation as to why the ban had not been extended to all children under 18.

As SIs are not amendable (except in very rare cases), the Opposition was faced with an unsavoury, but not unfamiliar, ‘take it or leave it’ proposition. There is not a more nuanced, focussed, or targeted option available which would allow MPs to put pressure on government Ministers without unnecessarily and disproportionately derailing their legislative agenda.

Even when parliamentarians identify specific concerns with a particular SI, they have no effective mechanisms to oblige the government to think again.

The result is that the Care Placement SI passed onto the statute book with little parliamentary impediment. Again, this example shows that it can be too easy for SIs to slip through holes in the net of parliamentary scrutiny.

How does Parliament’s handling relate to judicial scrutiny of Statutory Instruments?

The grounds that the court has agreed to hear on 8-9 February are that the Care Placement SI irrationally discriminates between children aged 15 and under and those aged 16 and 17 and fails to have regard to specified equality needs, and that the preceding public consultation was unfair as its focus was the provision of care for under-16s only.

These grounds are not far from some of the concerns parliamentarians raised during the debates on the SI in both Houses. Indeed, MPs who raised these concerns were aware of Article 39’s legal challenge prior to their parliamentary debate.

However, while the courts can – and do – provide an important backstop against unlawful use of delegated powers, this in no way diminishes the need for better parliamentary oversight of delegated legislation.

This is for at least two good reasons:

While judicial review may provide a safety net, its mesh is therefore coarser than Parliament’s.

The case for reformed approaches to parliamentary scrutiny of delegated legislation does not hinge on whether or not the present – or any – legal challenge is successful. However, Lord Faulk’s Independent Review of Administrative Law said that respect by judges for Parliament is “rendered easier where there is evidence of real parliamentary scrutiny”.

Given that courts may calibrate their approach to exercise “considerable caution” over challenges that are “within the ambit of Parliament’s review”, surely Parliament must patch the holes in its net to make sure that it is indeed conducting real parliamentary scrutiny.