The launch event for our Delegated Legislation Review raised a number of challenging constitutional and practical issues to be explored further during the Review process. The vivid discussions also confirmed the existence of both heightened interest in delegated legislation and a large degree of cross-party consensus on the need for reform. 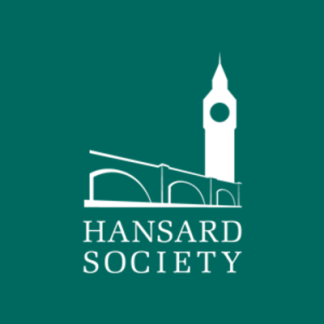 Supporting knowledge and understanding of the Westminster Parliament

Members from three parties and across both Houses of Parliament spoke in front of a lively audience of other parliamentarians, parliamentary officials, academic and think-tank researchers and journalists at the launch event for our Delegated Legislation Review on 2 November 2021. All our speakers drew directly on, and spoke vividly about, their specific and varied experiences in government and opposition of delegated powers and making and scrutinising Statutory Instruments (SIs).

The discussion made clear that the issues engaged by reform of the delegated legislation system are wide-ranging. On the one hand, they encompass fundamental constitutional questions – of the relationship between government and Parliament and (as Steve Baker MP put it) of “the democratic control of political power”. On the other hand, reform will also involve extremely practical questions about the time and resources that are available to MPs day-to-day – although even these practical questions lead back to the more fundamental one of what the job of an MP should and does entail.

Primary and delegated legislation: where to draw the line?

This is likely to be one of the first questions to which we give detailed attention in our Review.

Lord Judge said that it was up to the House of Commons to stop giving Ministers such broad powers in the Bills that it passes – but Dame Angela Eagle MP said that most scrutiny of primary legislation now takes place in the Lords, because the approach to timetabling for the Committee stage of Bills in the Commons had been “a disaster for scrutiny”.

Mark Harper MP agreed with Lord Judge that the effort to get more policy substance onto the face of primary legislation is a political “fight worth having”. He argued that the decision as to what should be in an Act of Parliament and what should be left to delegated legislation was inherently political each time. He was therefore somewhat sceptical about the idea of any purely technocratic set of criteria governing the division between the two. Thangam Debbonaire MP admitted being unsure as to whether some of the SIs that she had dealt with were properly matters for delegated legislation or should have been in an Act.

However, Mr Harper also felt that there was a legislative space between matters that should definitely be in primary legislation and those that could properly and uncontroversially be left to delegated legislation, where our Review might usefully seek a “third way” of scrutiny between the two which differed from current SI scrutiny procedures. Such a route might involve, for example, more scrutiny time, a guaranteed debate on the floor of the House, or perhaps a power of parliamentary amendment.

Even within the current system of scrutiny procedures, Mr Harper argued that MPs could exert sufficient political pressure on a Minister to secure a change in a prospective SI if they were “prepared to be a nuisance”. But there was also widespread support at the event for greater and more effective use of consultations and other forms of scrutiny before SIs are made and/or laid before Parliament.

Patrick Grady MP was among those who were supportive of the idea of a standing parliamentary committee with the power to ‘sift’ SIs to determine their scrutiny procedure, building on the experience of the European Statutory Instrument Committee (ESIC). Mr Grady felt that the existing Joint Committee on Statutory Instruments (JCSI) might be well-placed to carry out this task.

Dame Angela identified what she saw as a long-term cultural shift whereby Ministers were doing things now with respect to Parliament and legislation (such as taking very broad powers) that they would not have contemplated in earlier times. Steve Baker agreed that culture change “from the very, very top” would have to be part of any improved legislative process that was more respectful of Parliament.

Lord Judge also drew attention to an increased reliance by Ministers on notices, directions, guidance and strategies which blur the line between what is and is not law. These measures, and the way in which they relate to the delegated legislation system, are likely to be another matter we investigate in the course of our Review.

How can MPs gain the resources and incentives to scrutinise SIs properly?

The debate about committee scrutiny of Statutory Instruments (SIs) raised another major theme of the discussion at our event: the connection between the way in which the House of Commons scrutinises delegated legislation and the constraints and incentives affecting MPs’ time, skills and attention.

Several MPs highlighted the extreme mismatch between the volume and importance of the delegated legislation that comes before the House and MPs’ capacity to scrutinise it properly.

Several speakers mentioned the particular challenges faced by new MPs in understanding SIs and the system for their scrutiny, as well as the way in which such Members’ initial inexperience affected both the quality of scrutiny delivered by the House and the demands placed on more senior Members, who needed to provide newer colleagues with guidance.

But even more longstanding MPs among our speakers said that they found it hard to give SIs the scrutiny they deserved, given the resources available to them.

The lack of resources was a problem especially for opposition MPs; the provision of more ‘short money’ for opposition parties to enable them to provide their MPs with more briefing on SIs was among the remedies mooted. Thangam Debbonaire also suggested that more information for MPs on SIs could perhaps be provided through delegated legislation committees and/or the House of Commons Library.

The ‘findability’ of SIs online, and the titling of Instruments, were also raised as issues that might affect MPs’ ability to engage with the system more effectively, although the titling question provoked an interesting discussion about the trade-off between intelligibility on the one hand and possible over-politicisation and over-simplification on the other.

However, the more serious constraint appeared to be on MPs’ time. Several participants noted that, if committees were to conduct more meaningful SI scrutiny, the call that they represented on MPs’ time would rise significantly from its current somewhat perfunctory level.

Meanwhile, Dame Angela in particular spoke powerfully about the vastly increased expectations that MPs now face from constituents and the general public compared to the situation that had prevailed when she entered the House. While these demands reduce the time that MPs have for legislative work, some of these relatively new opportunities are also more attractive than the detailed, technical grind involved in the serious scrutiny of delegated legislation (“It’s pretty bloody boring to sit on an SI committee if you could be on ‘Have I Got News for You’”). And the incentives to undertake the latter are simply missing: being on ESIC felt like being “sent to Alcatraz”, and meant “a hell of a lot of work for absolutely no reward except for knowing in heaven that you’ve held the government to account”.

How more earthly rewards and channels for the serious scrutiny of delegated legislation could be created will be among the many issues for our Review to pore over and test out in the coming weeks and months. Subscribe to our newsletter to stay updated, and get in touch if you would like to share your experiences or ideas for reform.