On the 40th anniversary of the creation of departmental select committees, Harriet Harman, the longest continuously-serving woman MP, offers some personal reflections on the growing importance of select committees and their chairs, particularly at a time of considerable political instability. 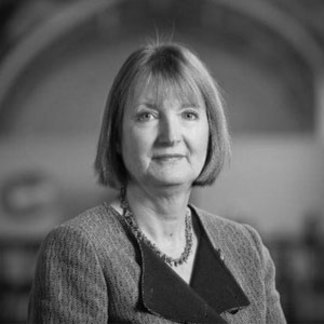 Member for Camberwell and Peckham

The impasse over Brexit has made what goes on in the House of Commons, and how we hold the government to account, more important than it has ever been in the 30 years since I first became an MP. It’s just as well we’ve got muscular and self-confident select committees. Their growing authority is going to be important as never before. They provide a cadre of well-respected backbench leaders and entrench cross-party working. Both are sorely needed as Parliament rises to the Brexit challenge of holding the government to account and protecting the national interest.

Both within parties and between government and Parliament, the political tectonic plates are moving, and with it the rise of select committees. For decades, select committees used to be little more than a place for party leaders to park those MPs they wanted to eject from the front bench: go quietly and you would get a chair. The whips used the carrot of a select committee chair position to pacify disappointed would-be front benchers and subdue potential rebels. Inevitably that meant select committees lacked the independence and credibility needed for proper scrutiny.

Making the chairs elected rather than appointed was crucial. The move to have chairs elected, and by all Members not just colleagues in their own party, means that chairs now owe their position to the House as a whole not the hierarchy of their own party. (No wonder there was dismay from both Whips offices when, as Leader of the House in 2010, I brought forward the Wright report proposal for chair elections!) As a consequence, chairs have freedom and authority: to be a select committee chair today is a big deal.

Most people had never heard of the Public Accounts Committee (PAC) until, in 2010, under its then-new chair Margaret Hodge, it took on Amazon, Google and Starbucks and exposed not just the national but the international injustice of super-rich companies earning billions in profits but paying no tax. The theme of select committees taking on the super-powerful continued with the Culture Committee exacting a grovelling apology from James and Rupert Murdoch for illegal phone hacking (including hacking the phone of murder victim Millie Dowler) and the closure of the News of the World. Most people might still have never heard of the Procedure Committee, but its scrutiny of the House’s rules mean that it is now at the centre of the battle between the government and Parliament. None of this would have happened if the chairs had remained creatures of the party leaders and their whips. And as each committee flexes its muscles, the power of select committees collectively grows.

The fractures within each of the two main parties have transformed the cadre of select committee chairs. They used to be MPs in ‘post-career’ mode, with a chair’s position a perch for someone who had finished or given up on the prospect of ministerial office. But with the dizzying Cabinet turnover amidst the Brexit turmoil, we now find in select committee chairs people who would otherwise expect to be in the Cabinet, and might still be in the future. John Whittingdale went directly from being Chair of the Culture, Media and Sport Select Committee into the Cabinet. Nicky Morgan, who chairs the Treasury Select Committee, shows no sign of coasting into retirement. Yvette Cooper and Rachel Reeves’s differences with Jeremy Corbyn mean that, instead of being in the Shadow Cabinet, they are chairing select committees. And the strong dynamic leadership of select committees makes it more rewarding for the committee members. Being a member of a select committee now puts you in the front line of parliamentary politics.

The Brexit debacle has, in both main parties, precipitated a decline in the authority of the whips and the erosion of the hegemony of the party leaders. This, in turn, has created an unprecedented boost for cross-party working, and has been the incubator for a different way of working and a whole network of partnerships. Robert Halfon and Lucy Powell’s work on the Education Select Committee laid the basis for their joint work trying to find a Brexit deal acceptable to Parliament.
Change in political priorities has strengthened some select committees and given rise to new ones. The presence of more women on all sides of the House generated the demand for a new Women and Equalities Committee. It is chaired by Conservative Maria Miller, and Labour’s Jess Phillips plays a prominent role as a member. As ‘green’ concerns rise up the agenda, the Chair of the Environmental Audit Committee, Mary Creagh, even has her own podcast.

At a time of political instability, select committees are thus a welcome beacon of reassurance that parliamentarians are working hard and working together.

This post is based on Harriet Harman’s contribution to a panel discussion at the conference organised by the House of Commons Liaison Committee and the Study of Parliament Group (of which Hansard Society staff are members) to mark the 40th anniversary of the creation of departmental select committees. Videos of the panel discussions are available on the conference website. Several of the conference contributions were the basis for articles in the special issue of the Hansard Society’s journal Parliamentary Affairs on ‘40 years of departmental select committees in the House of Commons’ (vol 72, issue 4, October 2019).