A former Clerk of several House of Commons select committees looks back over 30 years at how the tempo of their work has changed, and asks whether the increase in their resources and activities can or should continue indefinitely. 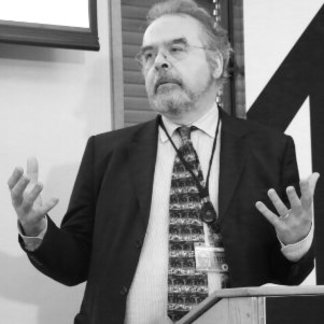 When I joined the secretariat of the Energy Committee in 1983, it comprised four staff. Quite a lot of my own job involved photocopying, envelope stuffing, and an enormous amount of proofreading. All our published output had to be set in hot metal type, corrected, proofread and reset several times. Getting the report agreed was a similarly long-winded process.

Given the resources available, committees only engaged in one inquiry at a time. When they finished taking evidence – something only a select few who could come to Westminster would be able to see live – the committee just stopped for a few weeks. We went away and prepared a draft report with the Specialist Advisers. We drafted by hand and passed the manuscripts to the secretary for typing. Word processors were just arriving – they were the size of a baby grand piano. When the Chair was happy with the draft it then often took two or three (or sometimes more) meetings to be agreed.

The draft report manuscripts were still amended by hand, sometimes with bits of text stuck in, and once finalised were sent off to be typeset (and proofread again) and bound, a process that could take two or three weeks. (Our procedural manual – the ‘Red Book’ – advised that if a Member sought to see a copy of a report which had been made to the House but not yet published, they should be informed that the only available copy was “at the printers”.) If you wanted to include a photograph or colour diagram there was an elaborate series of bureaucratic hoops through which you would have to jump to get approval for the additional cost.

“An output of four to six reports a year was considered to be verging on the attention-seeking side of a sensible pace of proceeding.”

When we did finally release a report to an expectant world, however dull it was, we always had a press conference. The lucky few would have had their ‘Confidential: Final Revise’ copies posted to them 48 hours beforehand. These events were well attended by the subject-specialist reporters retained in those days by all the dailies and broadcasters, the press officers of the companies, trades unions etc interested in the subject, rows of civil servants and, on special occasions, the mighty lobby correspondents themselves. There were no media officers – if we provided any briefing at all it was probably done by me.

An output of four to six reports a year was considered to be verging on the attention-seeking side of a sensible pace of proceeding. The volumes were fairly expensive to buy. If you could afford them, you could purchase a copy from the Parliamentary Bookshop on Parliament Street or HMSO on High Holborn, or order one from your local bookshop. Most copies outside Westminster and Whitehall were held by public or university libraries, but few would be able to afford a full set. A younger colleague tells me that as late as the turn of this century she had to go to the Modern Documents Room in the Bodleian Library in Oxford to read a copy of the Liaison Committee’s epochal Shifting the Balance report.

So, the point of this nostalgic reminiscing? Other than to amuse the young and reassure the old?

Looking back on a 38-year career spent, intermittently but predominantly, working for House of Commons select committees, inevitably I sometimes wonder whether they have improved or just expanded. They have certainly changed – but to what extent have those changes been driven by political will for improved scrutiny of government, and to what extent by entirely exogenous technological and cultural changes?

They are massively better resourced. In 1983 I joined an office of around 70 souls. It is now around 300 and, judging by the Liaison Committee’s recent 40th anniversary report, there is an appetite for more. ‘Temporary Committee Assistants’ were then rather grudgingly being introduced on fixed-term contracts. Now ‘Committee Specialists’ (policy analysts in practice, or research staff) make up about 80 of those 300 posts. We have around two dozen communications staff and around a dozen lawyers – two professions wholly unknown to the office in 1983. Some of the lawyers are located in the Scrutiny Unit, which also provides a financial scrutiny team – there were no economists or accountants in 1983. The smallest committee team tends to be about half-a-dozen. Some are twice or three times this size.

“Commons select committees nowadays produce a report at a rate of one nearly every working day.”

The tempo of work has doubled and redoubled over 30-odd years. Commons select committees nowadays produce a report at a rate of one nearly every working day, a feat only made possible, I think, by word-processing technology. Reports are published within a couple of days of being agreed and are freely available on the Parliament website. Anyone in the world can watch oral evidence sessions in real time online, or later in the audio-visual archive. Not only is all their written evidence freely available almost instantaneously on their webpages, but so is their correspondence with Ministers and others, along with a host of other material.

Driven in part perhaps by two contradictory phenomena – the increasing centralisation of the British state, on the one hand, and the increasing incidence of the private sector standing in the shoes of what used to be the state, on the other – the committees now spread their scrutiny well outside of Whitehall. Increasingly they are using technology to gather evidence from a wider range of people. But in all this frenzy of activity they must now compete for attention with a vastly increased output from think-tanks, lobby groups, new media outlets, bloggers, vloggers, influencers, the House of Lords committees – the list goes on.

Running ahead of capacity – is the rate of output sustainable?

Sometime between spells on the Health Committee (1991-93) and the Defence Committee (1997-2001) I realised it was beyond my capacity to read all the written evidence or stay on top of every inquiry in detail. If it was like that for me, with just one job, what, I thought, must it be like for busy MPs (who seem to have become far busier over the last three decades)?

I will not pretend that even in the 1980s all MPs read all the evidence (though some did), but they mostly read the whole of any draft report. Even that would be a big ask at the current tempo. And I believe that back in the ’80s even some Secretaries of State read the reports when published – at least I am certain Nigel Lawson sometimes did. I suspect that nowadays some reports are not even read by senior civil servants. To my eye, government responses have, on the whole, become less thoughtful and willing to engage with the arguments put forward by committees – they are pretty much confined to relatively formulaic responses to recommendations.

Does it matter if committees run ahead of the capacity of politicians to engage in the detail? After all, we pretend Ministers are responsible for every jot and tittle of their departments’ work, but we know it is a constitutional fiction. Is it not sensible for Parliament to have its own civil service pitted against the government’s? There is a lot to be scrutinised, and the recent Liaison Committee conference celebrating the 40th birthday of departmental select committees gave an overwhelmingly positive impression of energy and innovation.

“Accountability is a democratic good, but it is not cost-free.”

People are always coming up with good and worthy ideas about what committees should be doing. But if they did them all, they would do nothing well. Select committees need to talk the language of priorities, but consensus-cultures do not lend themselves readily to hard choices – it takes a lot of work. So I am sometimes assailed by doubts. Accountability is a democratic good, but it is not cost-free. The return on some aspects is higher than on others, and the nature of the returns can be hard to compare – greater engagement versus deeper expertise, or more consensus versus clearer contradictions.

How should committees make choices? What information do they have to base them on? Who challenges them? Is it a job for the secretariats? All bureaucracies tend to the condition where their main purpose becomes their own survival and expansion. But what if the institution that is supposed to guard against that tendency is at risk of succumbing to the same disease? I do not know the answer to these questions, but I am sure that Parliament has to justify the resources it uses. I wonder if the Liaison Committee’s injunction in its latest report, to do less better, is likely to be heeded?

Paul Evans was one of the editors of, co-authored an article in, and contributed the Conclusion to, the special issue of the Hansard Society’s journal Parliamentary Affairs on ‘40 years of departmental select committees in the House of Commons’ (vol 72, issue 4, October 2019).

The 2019 Liaison Committee report on the Commons select committee system: broadening the church, integrating with the Chamber

parliament.ukThe effectiveness and influence of the select committee system (pdf)