The recent 2020 World e-Parliament Report, produced by the Inter-Parliamentary Union (IPU), captures a picture of modernising parliaments, transformed by the strategic use of digital technologies. The Covid-19 pandemic has accelerated pre-existing trends and will leave a lasting impact, especially if parliaments now embed the lessons learned. 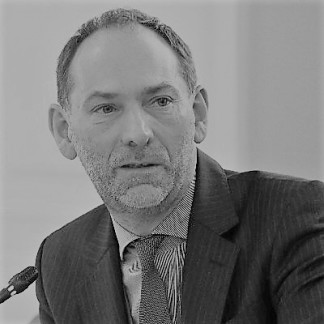 Andy is a parliamentary researcher and consultant specialising in open parliaments, technology and innovation. He is a Senior Researcher at the Inter-Parliamentary Union’s Centre for Innovation in Parliament. He previously served as Director of the Hansard Society’s Digital Democracy Programme.

The 2020 World e-Parliament Report, the sixth in the series, was produced by the IPU’s Centre for Innovation in Parliament and published at the end of July 2021. It was based on a survey of 116 parliaments around the world which was conducted in late 2020. In order to learn more about the response to and lessons from the Covid-19 pandemic, five focus groups, featuring 49 parliaments, were held during January and February 2021, with the findings from these featuring in a special section of the report.

How are parliaments using new technologies?

The report shows that the digital landscape of parliaments continues to mature. Across parliaments, the increasing importance of digital tools is reflected in:

Artificial Intelligence (AI) is also making inroads. Ten percent of parliaments use some form of AI or machine-learning, although this is primarily in the larger, more technologically advanced parliaments, such as those of Brazil and the US.

There was also already a trend towards cloud computing prior to the pandemic – both storage, and Software as a Service (SaaS). Parliaments ahead of the curve on this have been at an advantage over the last 18 months.

What impact has the pandemic had on parliaments?

Parliaments have been challenged and changed by the sudden, disruptive shock of the Covid-19 pandemic. Digital tools have moved from the ‘back office’ to be front-and-centre in keeping parliaments running, and a surge in the innovative use of new technologies has transformed both culture and workplace. Derek Dignam, Director of Communications at Ireland’s Houses of the Oireachtas, described the situation as “five years’ worth of innovation in a few months”, a sentiment shared in many parliaments.

The scale of the disruption has been evident across several areas:

While few see the virtual plenary as a satisfactory replacement for the face-to-face version, it has functioned well and aspects of virtual attendance and voting are clearly useful.

The UK Parliament is reverting to traditional face-to-face sittings, but this does not mean that nothing has changed or that all its pandemic-era changes are lost: much innovation has happened to back-end systems, and much of this will be retained.

Westminster has also seen the advantages of virtual committee work: Lord Tim Clement-Jones told the IPU’s World e-Parliament Conference in June 2021 that this had been a revelation, and that Members of the House of Lords clearly saw benefits in being able to hear from a wider variety of witnesses from anywhere in the world. The Norwegian Storting too has received much positive feedback from civil society organisations, which feel that virtual committees give them greater and more flexible access to parliament.

2. Changed procedural rules. Parliaments often must change their rules of procedure to allow for remote sittings and the use of virtual tools. Chile has changed its constitution to allow this, and Ireland is considering the same (as it was constrained in its response to the pandemic owing to the constitutional limitation on where the two Houses must sit).

3. Remote working for staff. Internally, parliaments have adopted remote working practices. At the height of the pandemic, some parliaments reported at least 80% of staff working from home. This creates challenges – not least, that such staff require broadband connectivity, the ability to use their own equipment, and access to the tools of their trade and new connectivity and communications tools, such as Zoom and Microsoft Teams. The South African Parliament sees this remote working practice continuing and recognises that it needs new ways of managing staff, as does the Irish Parliament. The New Zealand Parliament prior to the pandemic saw around one-quarter of staff working flexibly but now demand for flexible and remote working has increased dramatically. This is seen as a positive.

All of this requires parliaments to overcome issues of trust in new processes and technology, but this has happened through greater involvement with users, the deployment of more user-centred solutions, and increased training and support.

In particular, the pandemic has changed the way that parliaments develop and deploy systems. They have become more agile: solutions have evolved iteratively, and tools have changed and working practices pivoted quickly to solve problems as they emerge. In the UK, Brazil, Chile, New Zealand and South Africa, this has been a chance to develop some radical new solutions; but the process has been transformative for smaller parliaments too. For parliaments as diverse as those in Latvia, Zambia, the Maldives and Madagascar, this has been a chance to do things differently.

What are the lessons for parliaments from the pandemic?

Parliaments are now over the initial disruption caused by the pandemic and are settling back into a steadier level of transformation, albeit in many cases much further forward than they might otherwise have been.

While some of the change made by parliaments during the pandemic is temporary, much of it is not, and none of the innovation will be lost.

Key lessons emerging from the pandemic are around ensuring business continuity: parliament can continue to function when Members or staff cannot be present; legislation can still be debated and voted on; and the public is still able to access their parliament (albeit virtually). However, another lesson is that parliaments can work differently and more flexibly.

During the pandemic, the IPU’s Centre for Innovation in Parliament has worked with many parliaments globally to support and enable them. The Centre’s hubs and inter-parliamentary networks have been generously and purposefully sharing ideas and solutions.

To build on the innovation that has occurred during the pandemic and embed the lessons learned, parliaments can consider:

The House of Lords after the pandemic

Restoration and Renewal: why MPs should stick with decant and focus on the long-term legacy

What to look out for in Parliament in Autumn 2020

The recent rearrangement of responsibilities for the government’s handling of EU-related affairs raises questions about future parliamentary scrutiny of these issues. In some respects pre-2016 institutional arrangements are restored, but the post-Brexit landscape presents new scrutiny challenges which thus far MPs have not confronted.

Back to the future? House of Commons scrutiny of EU affairs after Lord Frost’s exit

A recent House of Lords debate on a ‘made negative’ Statutory Instrument highlights Peers’ greater appetite and ability to secure such debates compared to MPs. Data on debate lengths suggests parliamentarians are more likely to give more meaningful scrutiny to SIs they wish to debate than those on which they are obliged to spend time by current procedures.