Catherine McKinnell MP, Chair of the House of Commons Petitions Committee, sets out how the Covid-19 crisis has significantly increased the public’s use of e-petitions while limiting the House’s ability to debate them. This has prompted the Committee to innovate, to ensure that petitioners’ voices are heard during the crisis. 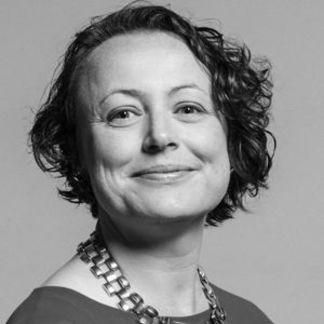 The UK Parliament petitions system is the most popular parliamentary initiative of its kind in the world. In these times of national crisis, the role of the Petitions Committee is more important than ever.

The Petitions Committee was first established in 2015. I became a member of it in 2016 and was elected its second-ever Chair earlier this year. During this time, we have held the Government to account on behalf of petitioners, including on the issues of protecting the public online, securing much-needed brain tumour research funding, and improving guidance for employers on the 2010 Equality Act.

The Hansard Society’s 2019 Audit of Political Engagement highlighted that petitioning is the most popular form of democratic action after voting in elections and contacting elected representatives. This highlights the immense responsibility that comes with chairing this Committee. Over 25 million people have started or signed petitions over the last five years, and we take our responsibility to give a voice to those fighting to be heard incredibly seriously. The current situation makes our ability to hold the Government to account on behalf of petitioners ever more crucial.

Since the start of the Coronavirus crisis, our Committee has seen over 5.6 million signatures on petitions relating to the pandemic. We would usually expect to see around 400 new petitions on our website each week – but as the country went into lockdown, we were seeing many times more being started, peaking at over 7,000 petitions being started in March alone.

In normal times, parliamentary e-petitions that receive over 100,000 signatures are automatically considered for debate in Westminster Hall. These debates are frequently the most popular piece of parliamentary business for the public to watch or read online. Unfortunately, Westminster Hall has not been available for debates since March due to social distancing, and the Government has been slow to enable it to reopen. As Parliament returns from the summer recess, it is hoped that debates will resume in Westminster Hall in the autumn. These debates are an essential part of our toolkit and allow us to directly question a Government Minister in person every week and hold their feet to the fire.

As we have been unable to schedule petitions debates, we have seen a large backlog of petitions – with hundreds of thousands of signatures – eligible for debate quickly build up. Although our Committee was granted time in the House of Commons Chamber for the first time ever on 25 June, we have otherwise had to be creative to ensure, with extremely limited opportunities to debate, that petitioners’ concerns are heard.

Later today we will hold our first ever petitions debates in the @HouseofCommons Chamber!

To set the scene, we've picked out a few other significant 'firsts' from over 700 years of petitioning in the UK, with a little help from @HistParl and @UKParlArchives... pic.twitter.com/B7UDdRgDW3

We have taken innovative approaches to scrutinising the Government, including:

We have also launched two inquiries, the first into the Government’s response to Coronavirus and the second into Tackling Online Abuse.

As the lockdown approached, it became very clear that the petitioning public were not only hugely concerned by what was happening but also confused, with many unanswered questions. We felt it was vital to engage extensively with petitioners and the wider public to help us understand the impact the crisis was having on people’s lives.

We surveyed over one million people who had signed petitions about Covid-19 to find out what questions they wanted us to ask the Government. More than 60,000 responses were analysed and a series of questions reflecting the main issues dominating petitioners’ concerns were drawn out. As the House had yet to approve the holding of formal committee meetings fully- or partly-remotely, we put these questions in an informal online evidence session with the Deputy Chief Medical Officer and Government Ministers from the Department of Education and the Department for Work and Pensions. We put the unanswered questions to other Government departments in writing, to ensure concerns weren’t ignored.

We dedicated our ‘hybrid’ public Committee meetings to looking at areas that were not being widely examined in other ways by Parliament. Last month, we published two reports as part of our inquiry into the Government’s Coronavirus response.

The first report calls on the Government to extend parental leave and pay for new parents in light of Covid-19, after more than 226,000 people signed an e-petition on this issue. We saw unprecedented levels of online engagement from petitioners, with 69,000 responses to our surveys and social media posts. Through this online engagement and several formal evidence sessions, we heard from parents who felt like they are anomalies, whose circumstances have been missed by the Government during the crisis, who felt their jobs were at risk as they were unable to find childcare, who were concerned for their child’s development, and whose own mental health had suffered.

We also published a report calling for the Government to increase support for universities and students amid huge Coronavirus disruption. Students told us they have not received the standard of education they had expected or felt entitled to, considering the amount they are paying in tuition fees. We heard that students, particularly those from disadvantaged backgrounds, had found it difficult to access online content and facilities.

It is clear that students and universities will continue to face significant challenges ahead, particularly as we begin to understand the real impact on the sector of changes to the way in which A-Level results are calculated. Earlier this month, I wrote to the Secretary of State for Education to ask the Government to expedite its response to petitions on this subject due to the looming deadline for university offer conditions to be met.

In July we used our final ‘hybrid’ session before recess to put to the Government the many concerns raised in petitions about the easing of lockdown restrictions. Knowing that other MPs were being flooded with concerns from their constituents and would want to contribute, we opened the session up so that any interested MPs could attend and put their points to the Government. We prioritised those Members who were shielding and had been excluded from participating in substantive business in the House of Commons Chamber since hybrid proceedings were stopped for the main Chamber after Easter.

The Petitions Committee has a strong track record of raising issues that might otherwise struggle to get the parliamentary attention they deserve. We have been working hard throughout this pandemic to ensure that petitioners and the public have a powerful platform to put their concerns to the Government.

As Parliament nears its return from summer recess, the Petitions Committee remains determined to question the Government, press for answers, and work with other select committees to ensure we represent the best interests of petitioners across the country.

What next for e-petitions?

The public think politics is broken, and are willing to entertain radical solutions