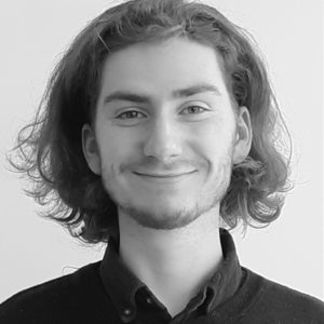 The government’s current examination of judicial review grew out of the Conservative Party’s commitment, on page 48 of its 2019 general election manifesto, to establish in its first year in office a ‘Constitution, Democracy & Rights Commission’ to examine constitutional issues including “access to justice for ordinary people”. The party promised to “ensure that judicial review is available to protect the rights of the individuals against an overbearing state, while ensuring that it is not abused to conduct politics by another means or to create needless delays.”

There has been little sign of the promised Commission, and it appears that the initiative may materialise instead as a series of smaller, more focused reviews. The review of judicial review – officially, the Independent Review of Administrative Law (IRAL) – was launched at the end of July under Lord Faulks QC, with a report promised by the end of the year.

Where is post-legislative scrutiny of the last judicial review reforms?

However, post-legislative scrutiny (PLS) has not yet been conducted on the previous set of reforms to judicial review, made in the Criminal Justice and Courts Act 2015. This is despite the fact that PLS of an Act is normally undertaken three to five years after Royal Assent. (There are a limited number of exceptions, including Consolidation Acts, Finance Acts, etc.)

Part 4 of the 2015 Act reformed arrangements for the funding of judicial reviews, changed the power of the court to refuse to hear claims, and made provision for the disclosure of information about individuals and organisations which fund judicial review.

In September 2020, the Shadow Justice Secretary, David Lammy MP, asked the Justice Secretary “what assessment he has made of the effectiveness of the reforms made by Part 4 of the Criminal Justice and Courts Act 2015”; but Chris Philp, Parliamentary Under-Secretary of State at the Home Office, replied only that the government “continue to keep the provisions of the legislation under review”. Mr Philp said that IRAL “is examining whether there is a need to reform judicial review”.

The government really should have produced a post-legislative scrutiny memorandum on the last set of judicial review reforms, of 2015, before setting up an independent panel, outside Parliament, to review judicial review.

Without a post-legislative scrutiny process for the 2015 Act, establishing a non-parliamentary panel to review judicial review undermines the principle of PLS and particularly the role of Parliament and its committees in being able to conduct this form of scrutiny. It also potentially deprives the review of the valuable information that could come from a parliamentary PLS inquiry.

What is post-legislative scrutiny and what is the UK system for conducting it?

Post-legislative scrutiny (or review) investigates the outcome of legislation and whether it has been implemented effectively and achieved its intended purpose.

In the UK, the standard process for post-legislative scrutiny is:

Who does post-legislative scrutiny in Parliament?

As Lord Norton has pointed out, the way in which the two Houses conduct post-legislative scrutiny differs.

In the House of Commons, PLS is conducted by the relevant departmental select committee or other permanent scrutiny committees.

In the House of Lords, a PLS inquiry is typically carried out by a temporary committee established for the purpose. (Lords temporary scrutiny committees were previously known as ‘ad hoc’ committees; they are now styled ‘special inquiry’ committees.)

In the Commons, the driver for undertaking post-legislative scrutiny by committee is thus the committee members. In the House of Lords, it is the whole House (which must agree to establish any special inquiry committee). 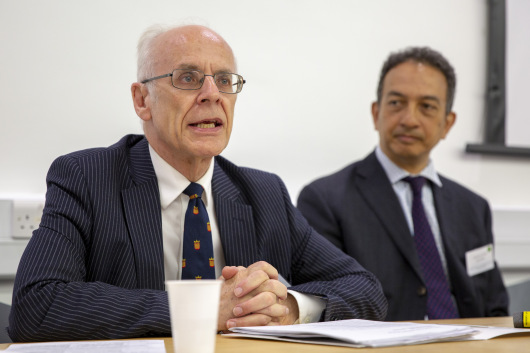 This committee distinction feeds through into further differences between the two Houses. The House of Lords is more proactive on post-legislative scrutiny than the Commons: the Lords Liaison Committee (which recommends the special inquiry committees that the House should establish) has a practice of backing the creation of one PLS special inquiry committee per year. The Lords also generally takes longer over the PLS task.

In contrast to the dedicated PLS committees established by the Lords, the permanent scrutiny committees in the Commons bear the brunt of all policy scrutiny, and rarely find enough time to carry out PLS, or to spend significant time on it when they do. This is despite the fact that post-legislative scrutiny is one of the ‘core tasks’ for Commons select committees identified by the Commons Liaison Committee, and should thus be prominent among their activities.

How much post-legislative scrutiny does Parliament do?

Dr Thomas Caygill of the University of Hull has shown that out of 344 eligible Acts passed between the start of the 2005 Parliament and the 2017 general election, only 7.6% underwent either formal or informal post-legislative scrutiny. Committees of either House conducted some form of post-legislative scrutiny in 61 instances, of which only 20 were formal PLS inquiries.

Committees are doing little post-legislative scrutiny partly because of time constraints, especially in the Commons, as outlined above. Compared to the Commons, the Lords – who have fewer such constraints – get more PLS done.

Post-legislative scrutiny appears to be seen as an unattractive final step in the legislative process – like having to do the washing-up after cooking and eating a slap-up meal.

What is the value of post-legislative scrutiny?

Post-legislative scrutiny is a vital part of the legislative process. It is right that it is a core committee task for this reason.

Law-making should not be confined to a process that ends with Royal Assent, and Parliament’s role should not stop at that point. If post-legislative scrutiny is used properly, the measure of success shifts from achieving Royal Assent to whether an Act has achieved its purpose. There is little point in Parliament making law if it does not know whether the legislation achieved its intended objective. Knowing what worked – or did not – is key in making better law, creating legislation that is more effective and thereby helping to ensure that the law is implemented in practice and the resources directed towards law-making are not wasted.

Post-legislative scrutiny should be seen as a positive process for both government and Parliament.

How should the post-legislative scrutiny process be improved?

In evidence to the House of Commons Liaison Committee’s 2019 inquiry into the Commons’ select committee system, the Hansard Society recommended the creation of a permanent, dedicated Post-Legislative Scrutiny Committee, either in the Commons only or as a joint committee with the Lords. The committee would have the option to have sub-committees to enable it to consider more than one Act at a time if desirable.

A permanent committee would ensure a dedicated focus on PLS, contributing to the ‘circle of learning’ among parliamentarians about policy development and the legislative process, while increasing the volume of PLS undertaken and relieving a source of workload pressure on departmental and other policy scrutiny committees.

In the present circumstances, the existence of such a committee might also have made it less likely that the review of judicial review would go ahead without the contribution that can be made by rigorous post-legislative scrutiny.